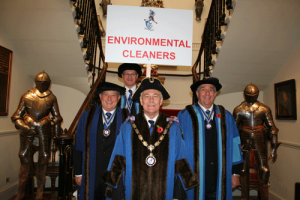 eing a Freeman of the City of London remains a unique part of London’s history and many people who have lived or worked in the City have been proud to be admitted as a Freeman. Today most of the practical reasons for obtaining the Freedom of the City have disappeared, but it maintains its desirability.

A liveryman is a freeman of the City of London, who is entitled to wear the livery of the ancient guild or city district to which he belongs and to vote in the election of Lord Mayor, chamberlain, and other municipal and honorary officers.