The prestigious surroundings of Fishmongers’ Hall, occupying an enviable position on the River Thames in central London, was a fitting venue for the WCEC Military Awards Ceremony, which took place on 24th September. This annual event recognises the work and achievements of Environmental Health Technicians (EHTs) from the Royal Army Medical Corps (RAMC), the RAF Environmental Health Cadre and the WCEC’s affiliated Cadet Units. 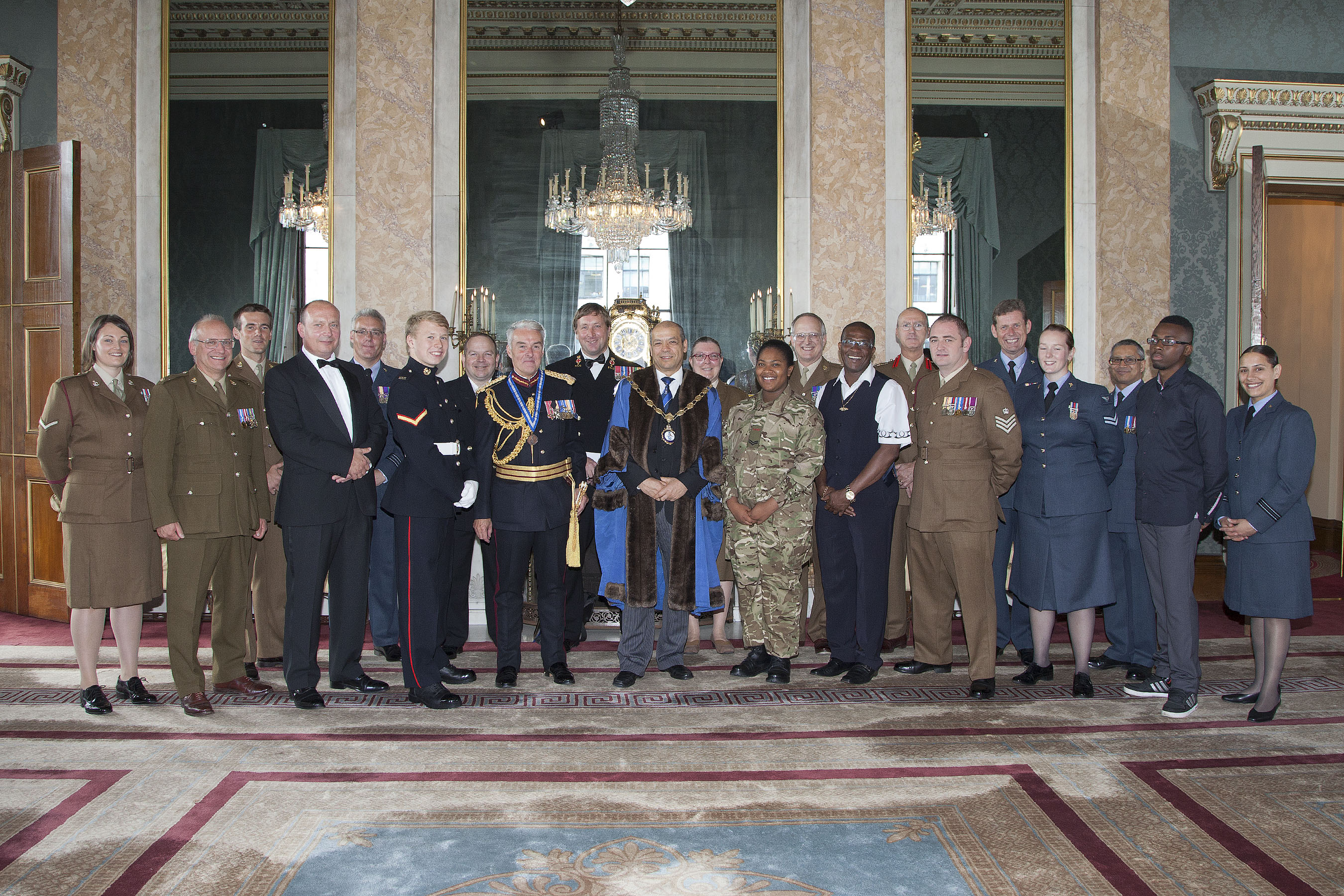 Promoting and maintaining health and the prevention of disease are the main tasks of EHTs – which is vital for military units, wherever they are in the world. The job involves advising on all aspects of environmental health, health and safety, occupational hygiene and environmental protection, both in the barracks and under field conditions at home and abroad.

The Worshipful Company supports this education and training as part of its mission to maintain high standards of practice and integrity within the cleaning industry.

Trophies, medals and purses were presented as follows:

Issa Tahhan, Master of the Worshipful Company of Environmental Cleaners, said: “The Military Awards are rightly seen as one of the highlights of WCEC calendar, and this year’s event proved to be another great success. Hearing the stories of each winner is a humbling and inspiring experience for everyone. I have the greatest admiration for all the people recognised by the 2014 awards, because of the sheer determination and unwavering dedication they have shown to their invaluable work.”

Mark Dawson, a senior partner in Hunters Estate Agents, attended the event as a guest, and was extremely impressed. “The entire day was a great success – the food was fantastic, the venue was stunning, and the opportunity to talk to the winners about their achievements left me full of admiration. I am hoping to become a member of the WCEC soon, and this event confirmed what a well-structured, influential livery company it is.”