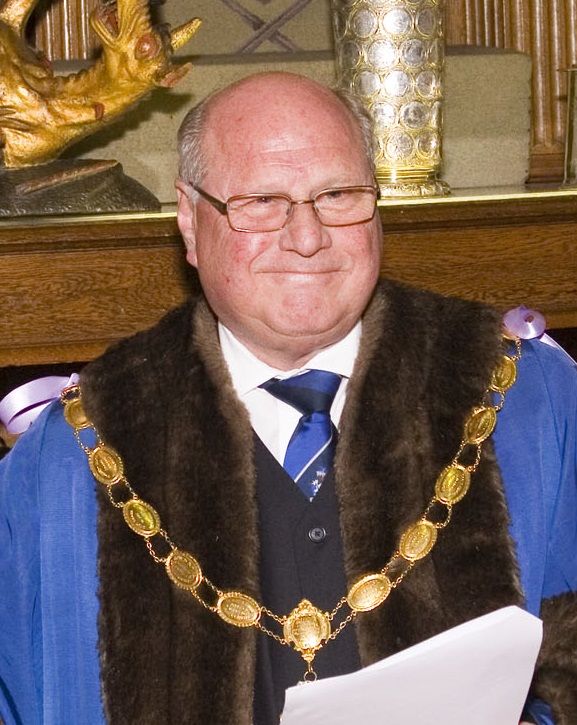 Highlights of my year

My installation was held on 1 May 2009, which by tradition was called May Day and it certainly turned out to be a may day, with a full house of guests and liverymen all contributing to making the day something to remember for ever.

During the year, a number of the usual events were attended and as the year went on, the number of invitations seemed to increase by the day.

The visits and invitations included, the Queens garden party, the Iron bridge weekend, prize giving at London Girls and Boys schools, and The London Freeman School. Also by invitation we attended the Installation Banquets of The Launderers Company, The Security Professionals Company, The Constructors Company, The Scriveners Company and The Fire Fighters Company.

In June we were invited to attend a lunch on behalf of the Wellington Trust. The lunch was held at St James Palace and was hosted by HRH The Princess Royal. Prior to the lunch we were introduced to the Princess Royal who was very knowledgeable about our company and was fully aware of some of the activities that we participated in. Was great to know our word had spread to royal circles.

A service of dedication was carried out at St Olaves church to commend the installation of a stained glass window in honour of Doreen Heyes.
Doreen was our company almoner from 1976 until 2004, spanning 28 years and providing a very effective almoner service to all our members during that period.

The Masters weekend was held at the Castle Hotel in Hunley, Aberdeenshire, Scotland. To say the event was a success would be an understatement. Fine food, whiskey tasting, magnificent accommodation and hotel grounds all contributed to a great weekend. A visit was also made to the local Highland Games and whilst all declined to participate it was a great spectacle and enjoyed by everyone.

The Military Awards event was another highlight of the year. This was made extra special by an unexpected event. It was stated that the winner of the main award was unable to attend as he was on active service in Afghanistan and the award would be collected on his behalf. Suddenly the main door opened and in walked a giant of a man dressed in full combat uniform and was in fact the precipitant of the award. He had been flown home to collect his well-earned award and spend 24 hours with his family. There was not a dry eye in the house as everyone rose to their feet to applaud him. This was arranged by Brigadier Jeremy Rowan who sorted out the flight back and return to the war zone.

A visit always to be remembered was to Treloers College. The college is run by a trust set up by Sir William Purdie Treloar who was Lord Mayor of London in 1906. The college was set up to provide opportunities for physically disabled young people and continues to do so to date. It certainly is a place to visit where one sees just what disabled people are capable of achieving. Our company gives a charity donation to the college each year.

The day before my year came to an end, we attended the Lord Mayors Big Curry Lunch, which was held at the Guildhall. For those of you that are partial to a good curry, this event is certainly recommended. We were able to enjoy a good selection of curries from all parts of the world and followed by a glass of cooling yogurt.

In all a great year was enjoyed by myself and all the members of my family and hopefully assisted in the enhancement of our company in the city.

“There was not a dry eye in the house as everyone rose to their feet to applaud him.”

Back to Past Masters