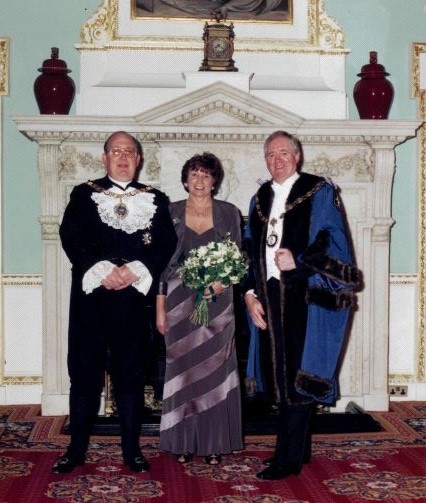 Highlights of my year:

My year as Master 1997-98 was a wonderful time for Janet and I, and not only because we had the privilege and benefit of being a good friend with the Lord Mayor, Sir Roger Cork (pictured with Terry and Janet) and his Sheriffs who entertained us around the City during his year in office.

There were so many memorable moments, so I’ve picked out just a few highlights:

Back to Past Masters